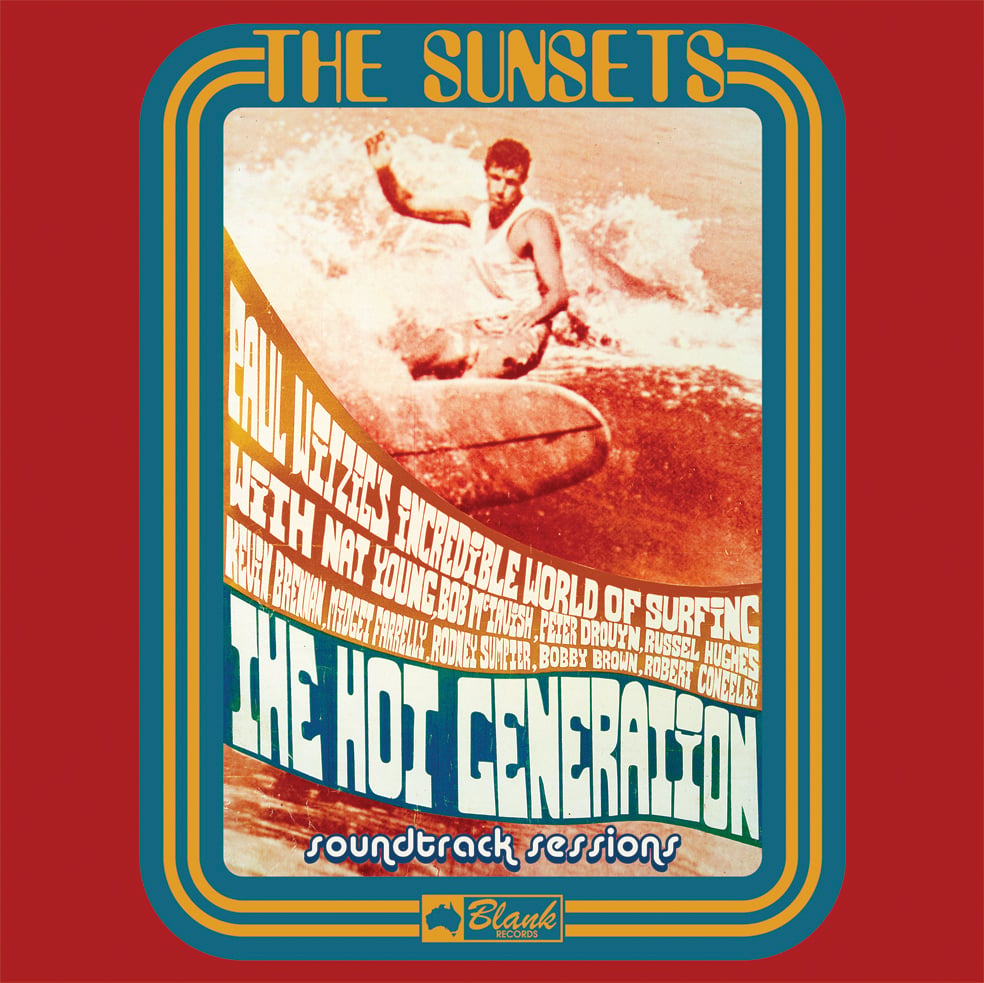 While exhumation of the tapes used for the BLACK DIAMONDS box sets was in progress some unmarked magic was found on those tapes containing sides by THE SUNSETS. You most likely already know that if you’ve been following the bouncing ball that are our releases and the release of the previously shelved 1967 THE SUNSETS single, “Animal” / “Uptight, Out of Sight” (BRC 007) that finally saw the light of day late last year.

Well, you only got part of the story. Aside from those two snarling sides that were finally released as originally intended there were completely different extended takes on four songs specifically recorded to be used in the movie, THE HOT GENERATION. Being that that this was the days prior to studio trickery of recording a song
and then chopping it up to be extended, or edited to be a single, THE SUNSETS recorded completely different versions of the songs. Single versions that were specifically for release as sides on 45’s and Soundtrack versions that were for use in the Paul Witzig movie, The Hot Generation. Segments of those soundtrack versions can be heard accompanying the epic surfing footage all through the movie. Here are the complete Soundtrack versions. One of them, THE HOT GENERATION, was used on the excellent compilation album DOWN UNDER NUGGETS, the other three have been completely unheard or released in their originally recorded form. Something that is an extremely rare occurrence in 1960’s Australian music, unearthing completely unreleased material.

So what you get here is the three 7” singles on Side A. “The Hot Generation” and “Animal” 45’s from THE HOT GENERATION movie, and “Theme From A Life In The Sun” 7”. A LIFE IN THE SUN being the original Paul Witzig surf movie, segments of that footage was then used in THE HOT GENERATION movie . Sadly, the original A LIFE IN THE SUN movie has been lost. Side B features the four extended workouts that are the Soundtrack versions. Listening to these versions, in particular the almost 8 minute “Uptight, Out Of Sight” that’s a genre in
itself, progressive garage punk, you can see where the seeds were formed for THE SUNSETS transition into TAMAM SHUD and wonder how mindblowing an album recorded by THE SUNSETS would have been. This is as close as we’ll ever get to knowing.

Manufactured from original mastertapes. Three completely unreleased tracks seeing the light of day for first time. Two tracks appear for the first time since original release. Liner notes by THE HOT GENERATION film maker, Paul Witzig, along with lot’s of eye candy from the movie.