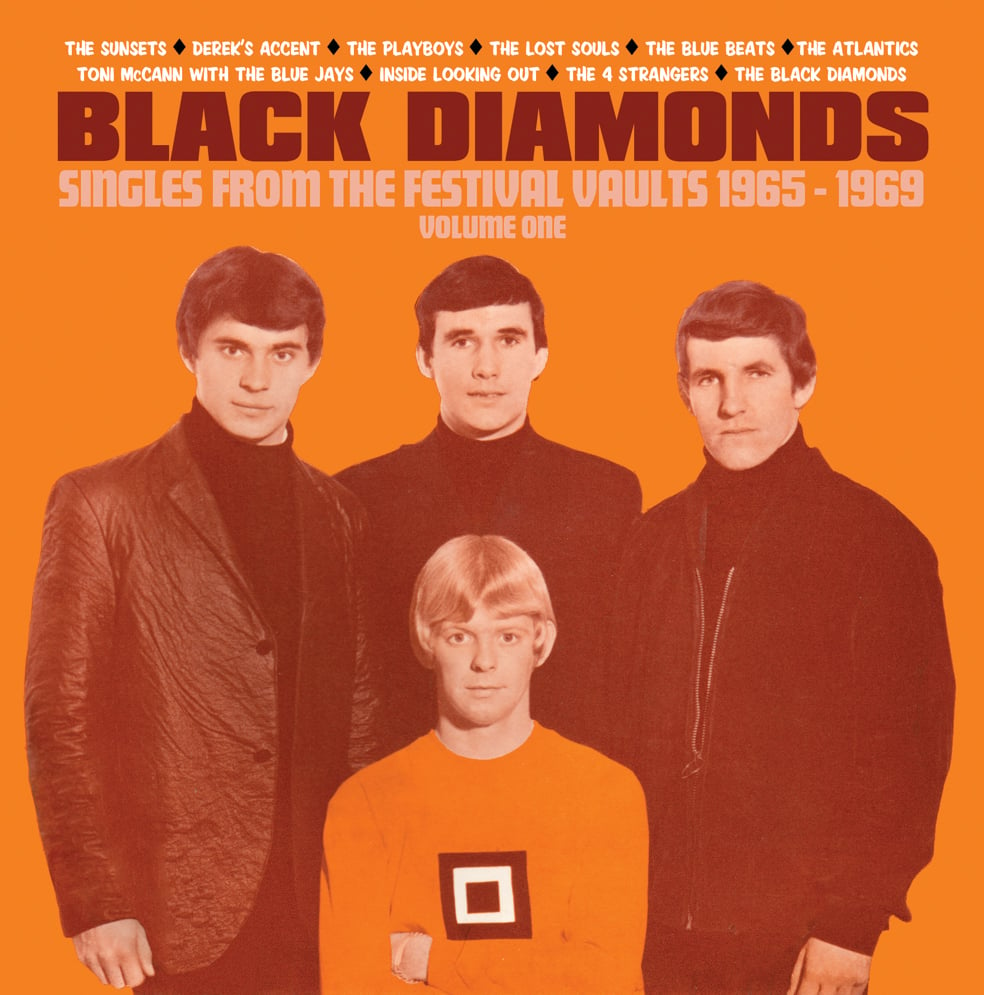 Carbonado, commonly known as the "Black Diamond", is the toughest form of natural industrial diamond.

Much like it's mineral counterpart, the black diamond 45 is the toughest form of 7" vinyl. Tough in acquiring, tough in sound, tough on your bank balance.

The quarter of a century in-house Festival Records mastering supremo and custodian of the tape archive during his tenure at Festival records has been responsible for all the tape transfers and mastering on the 45's in this box set.

All from the original analogue master tapes in glorious mono!

The very same tapes that were responsible for pressing the original 45's in the 1960's have been sourced to press the 45's in this box set.

We've even reproduced the original labels in all their letterpress glory to give you the original sound, original look and the original price of admission (inflation considered) to the world of amazing mid to late 1960's 7" Australian 45 rpm sounds.

This first volume travels four golden years start to finish. Begins in 1965 with the frantic harmonica laced femme sounds of Toni McCann's My Baby, travels through to the 1966 punk of Derek's Accent, Ain't Go No Feeling, The Lost Souls teen angst anthem that is This Life Of Mine, snarling finery that is The Black Diamonds, double sided top shelf freakbeat of The Playboys and ends in the hard edged psych of Inside Looking Out in 1969…and that's just over half the stops!

Some sides in this box have been compiled previously, legally and illegally on various artists long players & CD’s, but many of the sides are seeing their first issue in any format since their original release. This is the first time all twenty tunes have reissued in their original intended format. Black vinyl 45rpm sides!

You could not buy a mint original of any of 45's in this box set for what you can swing this whole box set for. Fact. If you wanted all the original singles your bank manager is the next port of call.

The ten 45rpm sevens are housed in a full colour, sturdy clam shell type box. This swank set is rounded out by booklet featuring extensive liner notes by Grammy nominated writer and veteran of many swell sets of the Ace & Rhino labels, Alec Palao.

If these sounds float your boat, this is the definitive article!

Made in a strictly one time pressing of 500 individually #ed copies. None of the singles in the box set will be made available individually. No repress, no bs!

Black Diamonds. Your portal to as close to a time machine back to the world of primo mid 60's Australian sounds as possible. Accept no substitute!

ALL INTERNATIONAL ORDERS WILL BE SENT AIRMAIL REGISTERED