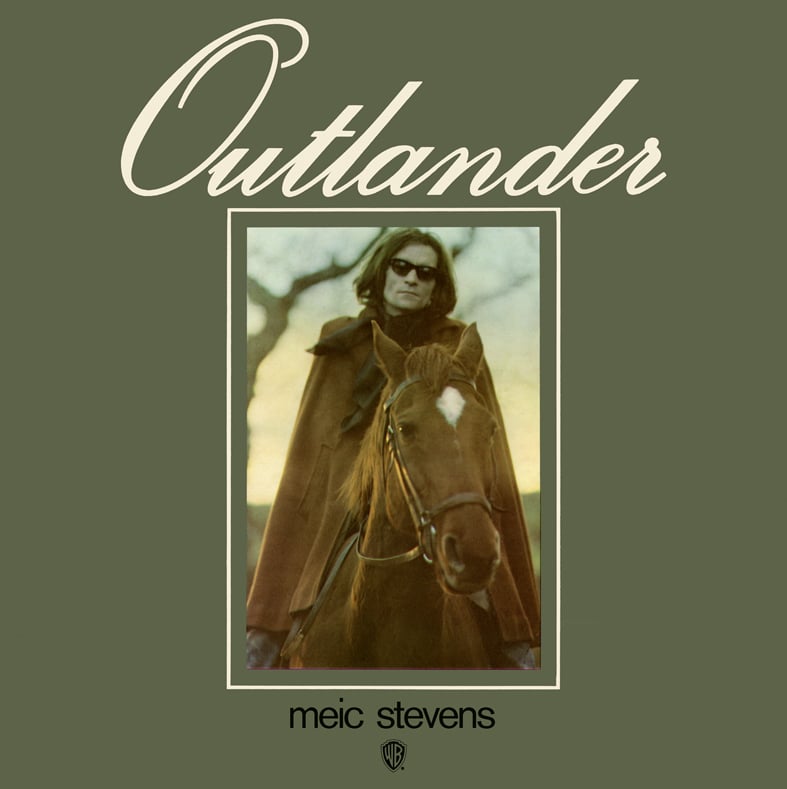 MEIC STEVENS was discovered by DJ Jimmy Savile (but don’t hold that against him) in 1965 whilst performing in Manchester, this led to a single being released on Decca Records later that year arranged by John Paul Jones.

The single sold poorly and MEIC STEVENS retreated to his tiny home village of Solva in Wales in 1967, writing, recording and releasing a series of now incredibly rare Welsh language EP’s.

This led to more work in the U.K and a recording contract with Warner Bros. The sublime Outlander was to be the first album of a multi album deal but both parties went their own way after extremely poor sales of the album.

Outlander is the only album he recorded in English, subsequent albums are in Welsh