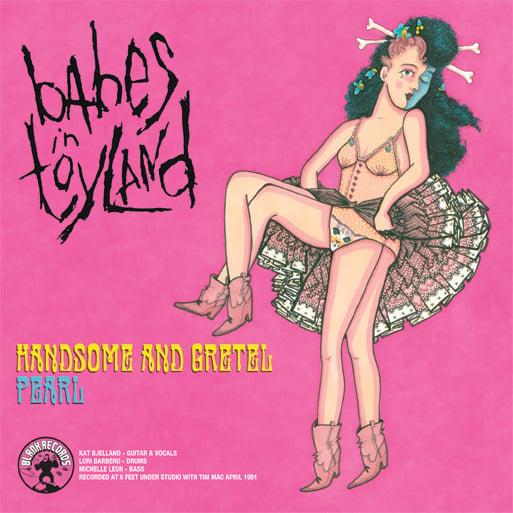 Not much introduction is needed here as far as band goes. Mainstays of the 1990's alternative rock / grunge movement. Now back in action after a long hiatus.

Originally released in June 1991 as a limited edition single on Insipid Vinyl and subsequently sold out pretty much within the month on the back of gaining lauded U.K mag NME's single of the week and repeated spins by John Peel on the BBC (fun fact: he actually even reached out to request a copy of the record before it was released!) amongst other media traction.

These are the original versions of both songs that were later redone on the Fontanelle album.

These are also the last recordings to feature the original line up of Kat Bjelland, Lori Barbero and Michelle Leon.

Since then both versions have been out of circulation.

These versions are unavailable elsewhere.

Records have been pressed using nickel mothers that pressed the original 7" singles back in 1991.

Both these versions have been unavailable for 25 years!