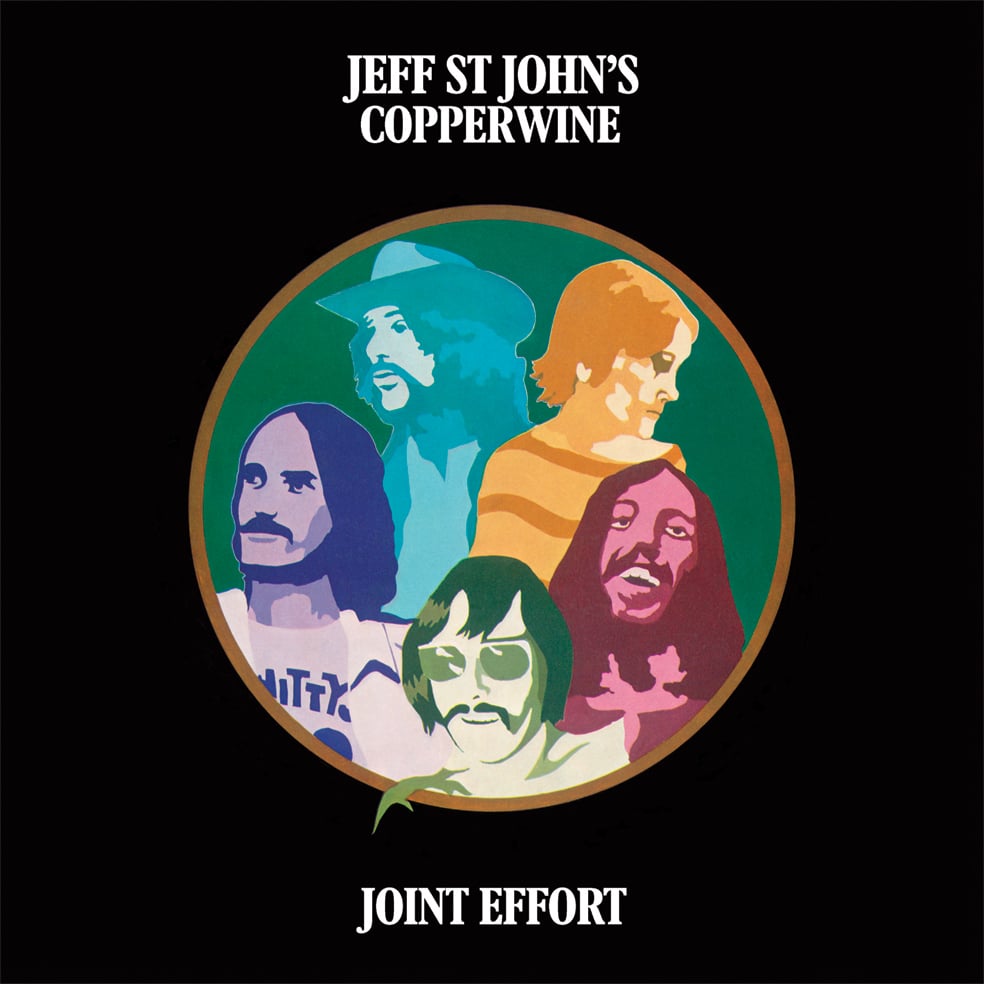 Side One
1. Cloud Nine
2. Sing A Simple Song
3. Fanciful Flights
4. Any Orange Night
5. You Don't Have To Listen
6. I Been Treated Wrong

The next step in the musical time line of Jeff St John after last months reissue of the mighty Big Time Operators LP by The Id is COPPERWINE's Joint Effort.

Refer to last month's release sheet info on The Id - Big Time Operators LP (BRC 010) for a recap on the against all odds story that is Jeff St John.

He put together a new combo in 1968 called Yama (hindu for "mere mortals") featuring bassist Virgil East from from Python Lee Jackson and drummer Peter Figures from Sydney 60's punk legends, The Throb. After releasing one 7" single in 1968 Yama evolved into COPPERWINE by 1969.

COPPERWINE melded together elements of funk / soul / psychedelia and progressive rock into one. The choice of covers on this album are touchstones to
where they were coming from. Tunes by Sly & The Family Stone, The Four Tops, Blind Faith, Washboard Sam & The Temptations are all given a work out.

COPPERWINE's Joint Effort was released in 1970 to critical acclaim but scant initial sales. As Jeff's legacy began to grow the album would become a perennial seller in the early 1970's and has been described as "a fine artefact of what was musically going on with Australian rock in this heady and fertile time, documents what a fine band Copperwine was and provided conclusive proof that Jeff is one of the best rock vocalists this country has ever produced".

Quite unlike most bands at the time in Australia were genre less and this album is a capsule of it. The band is augmented on these recordings by a clutch of Australian music luminaries including John Sangster (vibes & glockenspiel), Billy Thorpe (harmonica), Doug Ashdown (12 string & dobro guitar) and produced by Pat Aulton.

Available again on vinyl for the first time in almost 40 years. You can discover the might of this album all over again.

Jeff St John would go on to keep exploring the musical spectrum with other projects both solo and band wise, even singing the national anthem at the opening of the 2000 Sydney Olympics.