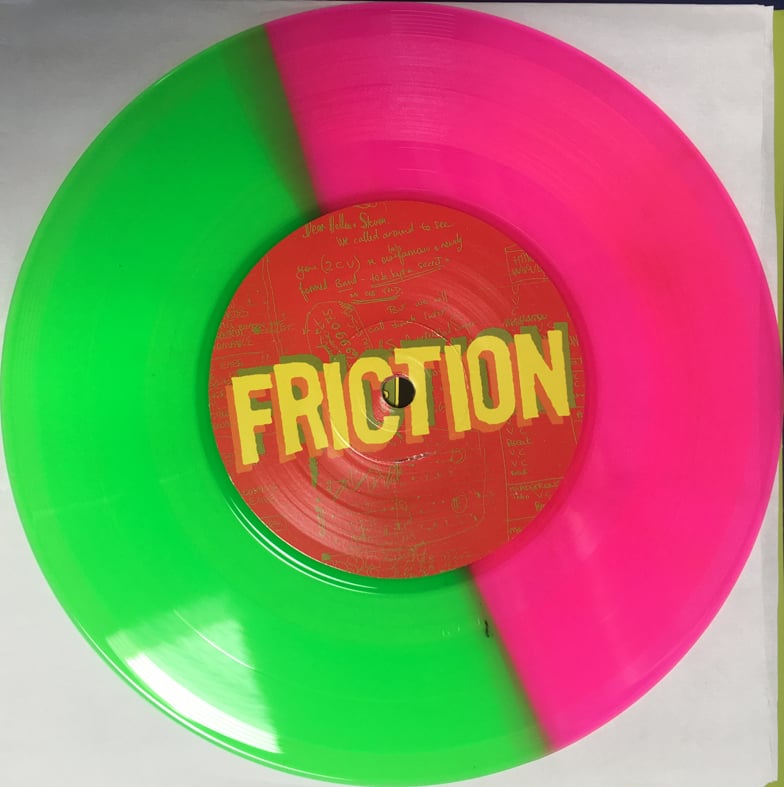 Limit two per person. If you order more than two, your order will be cancelled, payment refunded and you gets none.

Formed in 1978, Friction were Helen Carter (later of Do Re Mi), Ruby D (who went onto other areas of the arts), Danny Rumour (S.P.K, Sekret Sekret & The Cruel Sea) and Fiona Warner (whose brother, Bruce was in The Thought Criminals). They shared the stage with the likes of THE THOUGHT CRIMINALS and LIPSTICK KILLERS. Existing between 1978 and 1979.

After much excavation, this previously uncirculated tape was found with three original tracks from a rehearsal recorded in January 1979.

Friction being barely documented or infact known, plans were hatched to preserve this recording onto vinyl for the masses and posterity rather than be lost to time eventually.

Three tracks, seven inches. Here's one for your listening pleasure...