Home / Long Play / Something To Say
next prev 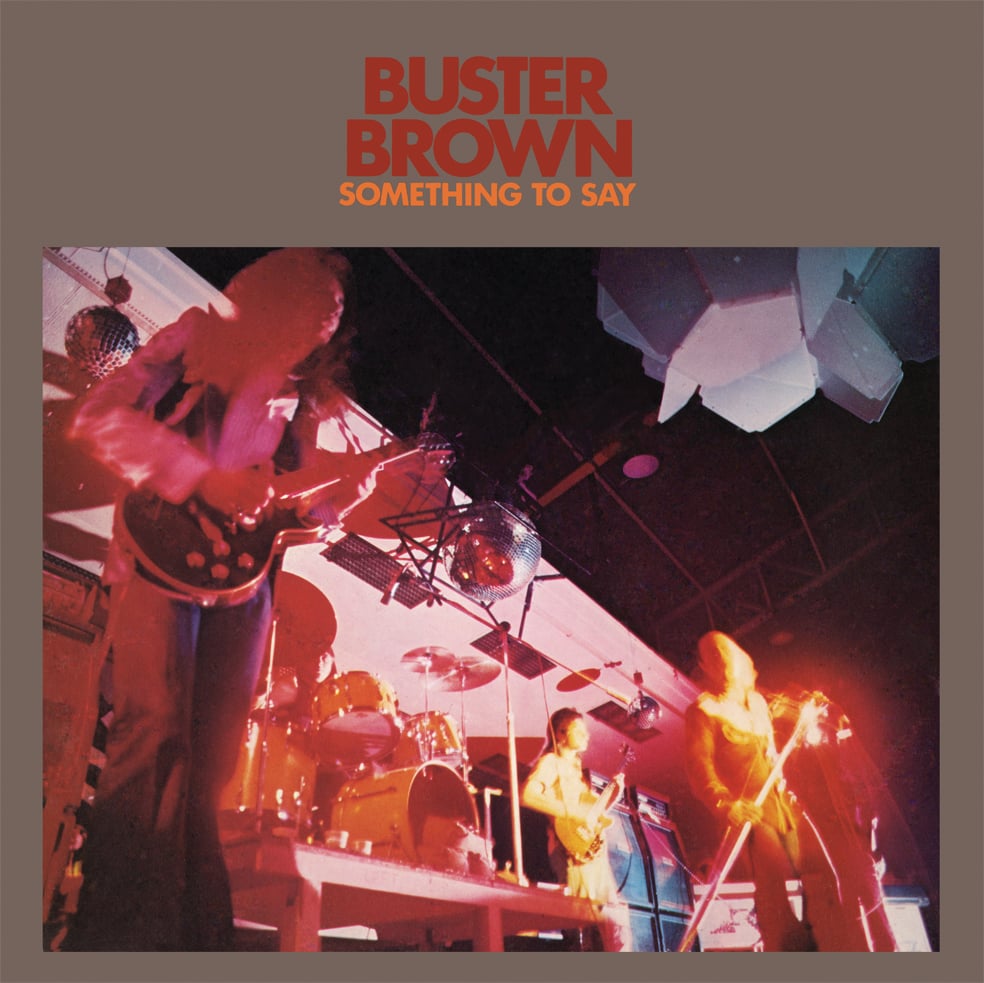 Side Two
1. Young Spunk
2. Apprentice
3. Something To Say

One and only album released in 1974 by Melbourne’s Buster Brown.

Formed in 1973. their street smart, straight ahead boogie rock was embraced by Melbourne’s notorious sharpies crowd. For the uninitiated, they were an Australian subculture that was somewhere between what was the skinhead and suedehead subcultures of the U.K

Drummer Phil Rudd would stay in Melbourne and become the drummer for a little outfit out of Sydney, AC/DC.

Not a bad dent on the global hard rock music scene from this small, one shot Melbourne band.

If that’s not enough legendary status for this album. It was produced by Australian guitar god, Lobby Loyde. Whose credits as a musician include The Purple Hearts, The Wild Cherries, Coloured Balls & Billy Thorpe & The Aztecs. As a producer Lobby worked with Sunnyboys, Machinations, X, Sardine V and more.

On release in 1974 the album disappeared without too much fan fare. Original vinyl pressings are now extremely hard to find, highly sought after and command major dollars on the rare record market.