Home / Long Play Plus / Darrell Banks Is Here !
next prev 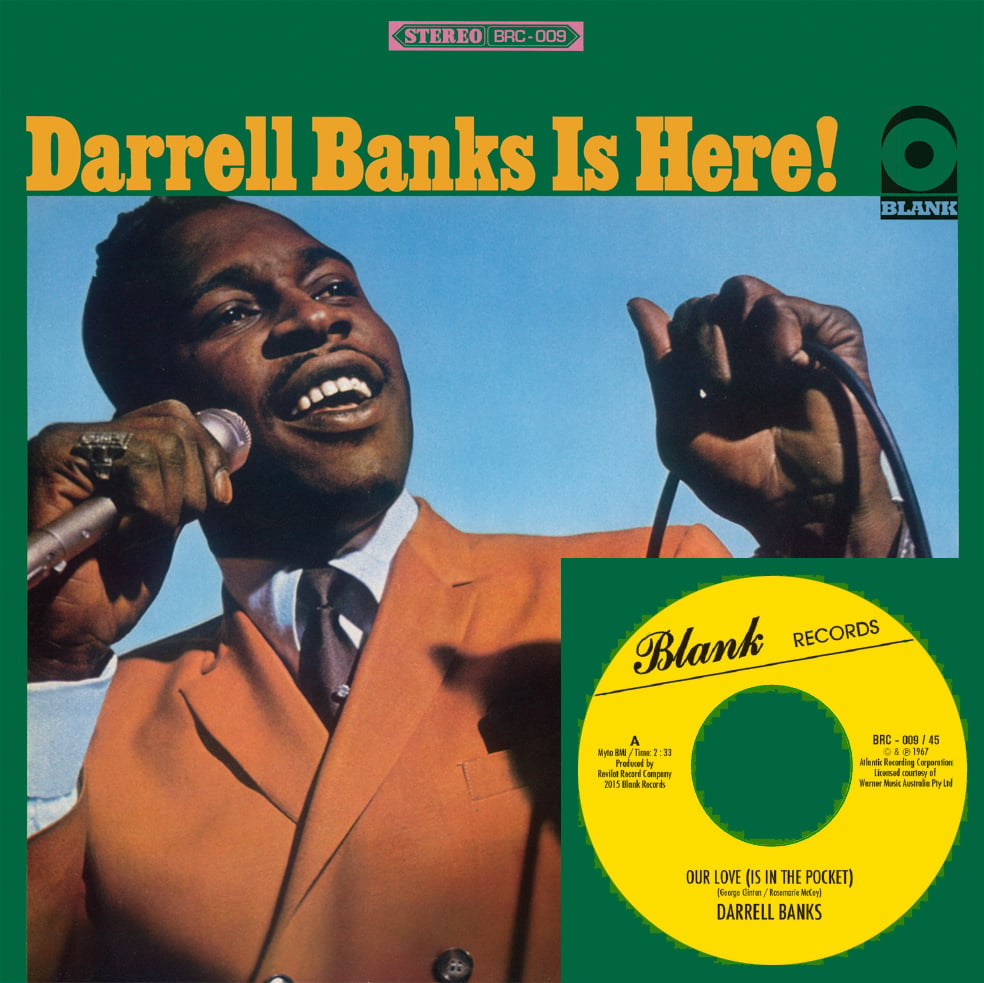 7"
A. Our Love (Is In The Pocket)
AA. Somebody (Somewhere Needs You)

Debut album. Anyone familiar with the Northern soul scene, or 1960’s soul in general know the brief but much heralded career of Darrell Banks that spanned slightly more than a handfull of 45’s and two LP’s.

A life cruelly cut short by a policeman’s bullet in 1970. His music has lived on for generations of lovers of super fine soul sides the globe over. The stuff of legend.

Many of his sides now are staples of the Northern Soul scene and spun the world over. “Our Love (Is In The Pocket)”, “Angel Baby (Don’t You Ever Leave Me)” and “Open The Door To Your Heart” are perennials on playlists for dancefloors or compilation albums of stone cold Northern Soul classics.

Starting out on the revered Revilot label who were responsible for 45’s by The Parliaments, Pat Lewis, Rose Batiste, & J.J Barnes amongst others, Darrell Banks had two singles were released on the label before he signed with Atlantic Records and his debut album, “Darrell Banks Is Here!” was released on the ATCO label.

George Clinton, J.J. Barnes, Edwin Starr, Rosemarie McCoy, Frank Wilson all feature on writing credits for tunes on this album. Ten tracks of sublime soul. Musicians most likely used on these recordings are the legendary Funk Brothers. Being that they backed other Revilot artists, and barely a Detroit soul side was cut without their fingerprints alll over them, be safe to assume they are the musicians on this albums since there’s no actual credits on the artwork for musicians appearing on the album.

Along with the long player album, bundled with this version is a 7" 45rpm single with "Our Love (Is In The Pocket)” / "Somebody (Somewhere Needs You)". Same versions as the album. For those who like to like to consume great sides on the 7" format. Here's a killer double A side 45!

This single will not be available separately, so if you want the seven. This is the only way you can get it.