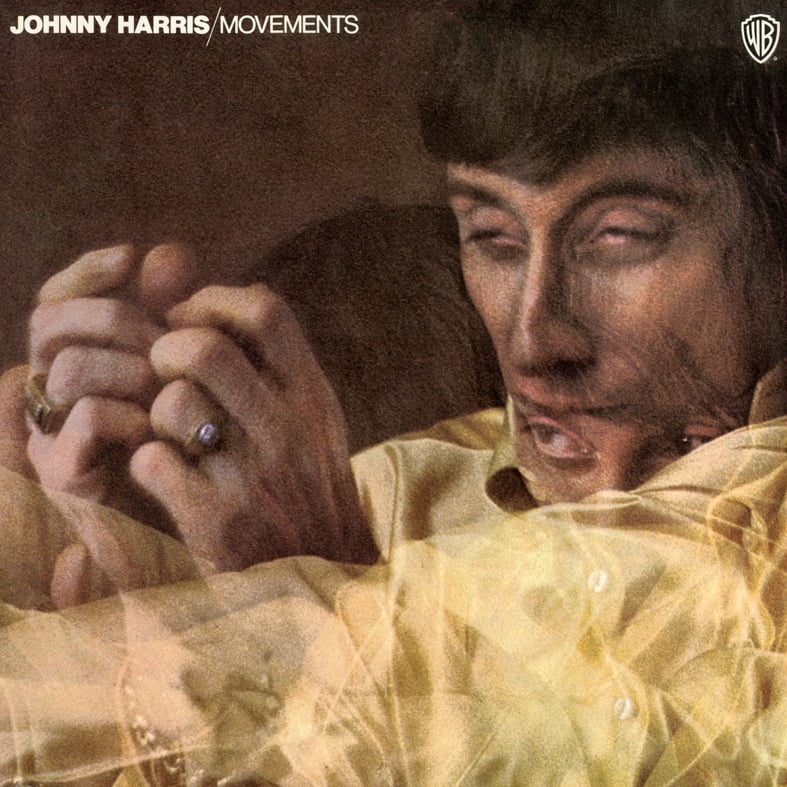 The story of Movements began in 1969 with JOHNNY HARRIS being hired as musical director for Lulu’s BBC television show, “A Happening For Lulu” which would feature a different artist each week along with a featured instrumental section of JOHNNY HARRIS and his band playing popular hits of the day that were requested by viewers.

Lulu with JOHNNY HARRIS would go onto winning Eurovision in 1969 with “Boom Bang A Bang” and Johnny was signed to a three album deal with the newly formed U.K arm of Warner Bros.

The first album in this deal was Movements in 1970. The second release for Warner Bros in the U.K

Movements was recorded live at the Royal Albert Hall in London.

• First time on vinyl in original configuration since 1972!
• First three tracks are from the David Hemmings movie, “Fragment Of Fear”
• Sought after the globe over with originals becoming increasingly hard to nab.